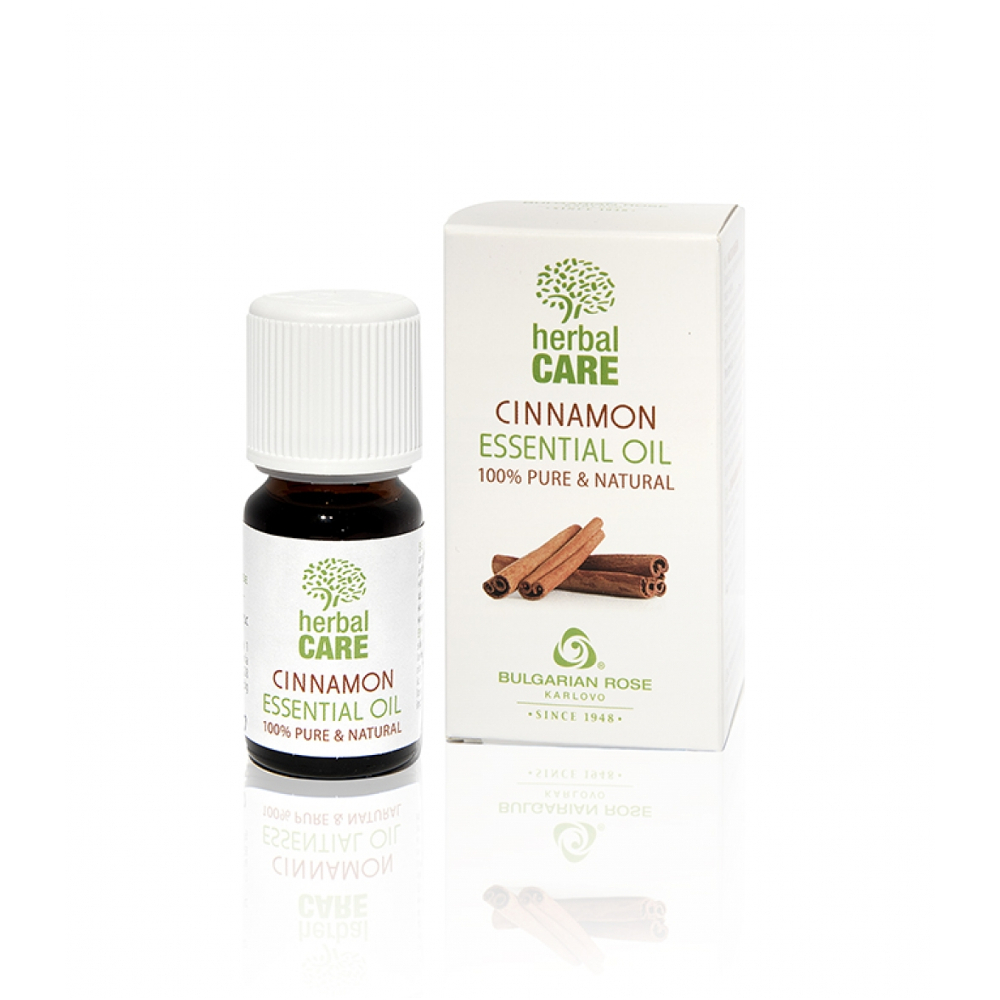 Bulgarian Rose Karlovo's 100% cinnamon essential oil is obtained by distillation of the Cinnamomum zeylanum cinnamon leaf. It removes unpleasant scent in rooms. Cinnamon oil is one of the most powerful antiseptics used in aromatherapy. It is also widely used in medicine and dentistry. Cinnamon essential oil has a wonderful effect in the treatment of colds, flu, viral infections, some skin infections such as warts. It is often used in anti-rheumatic mixtures. It is known for its good results in the fight against skin parasites. Other usage are in the anti-cellulite treatment, also to remove the bad breath in the mouth. It has a pleasant, sweet aroma with spicy cinnamon scent. Refreshes faded and loose skin, prevents hair loss. Increases optimism and faith in yourself.

For aromatization of rooms add 1-2 drops in the aroma lamp. For massage add no more than 1 drop in 50 ml. base oil. For a bath - add 1 drop of cinnamon oil diluted in 50 ml base oil in a warm water bath and stir vigorously.

Not to be used by pregnant women and people with allergies. Before use, perform a sensitivity test in the elbow cavity. Do not use before sun exposure. Keep the essential oil well closed in a dark place out of reach of children.

Be the first to write a review for this product.

To write a review, you must log in your profile.

Black Friday is not near, it’s practically here and for a sixth year in a row, we at Cosmetics Bulgaria, will have a massive sale! Here is a lit

Let’s talk about the texture of our best-selling Dr. Derm sunscreen with UVA + UVB protection and SPF 50! It is a common misconception that all

Products in the cart